Just looking through previous posts and came across the Brits 2014 post, with my views and opinions of who should win the awards. I therefore thought it might be fun to do this again. The Brit awards is one of my favourite nights, as it includes – music, drama, very Britishness and of course those iconic moments (who could forget Madonna and that cape last year!) So let’s take a look at this years nominations (apart from British Producer), click on their images for the song:

Wow this is a tough category, out of these I would either chose Adele (for the seriously strong comeback that she had), Ed Sheeran (how cute was tiny Ed, although I do think that Thinking out Loud should have been there but maybe that was 2014), Little Mix (FINALLY they have been nominated and for a brilliant video, full of 90’s Sabrina the Teenage Witch type potions), One Direction (their first video without you know who and they didn’t not deliever) and I do love a bit of Sam Smith. But I have chosen:

Full of girl power and it really does remind me of the Spice Girls era. Plus what girl wouldn’t love a spell to make that one boy that you like, love you back!

I honestly have only heard of 3 of these; James, Jess and Years and Years. I will definitely be checking out the other two in case I am missing out on something HUGE! James Bay has had a massive year, with some absolute tunes for all of the crowd to sing along to, Jess what a dance diva, always gets you in the mood to party and finally Years & Years a combination of the two acts, the ability to make me relax and to dance. This one is a toughie.

Is James Bay, there isn’t one song on his album that I just do not love. His vocals are to die for, his lyrics take you to another place and I have seen a lot of his performances on live telly and festivals, the audiences absolutely love him and his songs are so crowd pleasing. I have chosen to show you his song Scars: 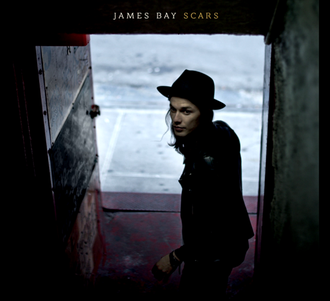 Hmm this is a strange category as there are quite a few Male Solo Artists that I too think should have been nominated in this, and they haven’t. To me this could go 1 of two ways. Mark Ronson I don’t believe should get this, as if this is running on the back of 2014 hit (uptown funk), then ideally shouldn’t be nominated. The other two (Aphex, not a fan and Jamie XX – not listened to) I can’t really chose from.

The Scottish babe that is Calvin Harris. He always knows how to bring the party, he’s brilliant at his work, hilarious on snapchat, his albums are just the best and always puts you in a good mood. I have chosen his collab with John Newman (who is amazing live by the way)

Again I love all of the artists on here, apart from Laura Marling I haven’t really heard of her music. I personally am not sure as to why Amy Winehouse is nominated here, is this to do with conjunction of her movie? It just seems a bit random. I know that they can and have previously given posthumous awards but it just seems odd.

Who can stop this powerhouse of a girl. She is amazing. Have a listen to the brilliant Adele in her undercover as Jenny.

Hmm, now I hate to sound a bit obvious but to me as a secret lover of this band – there is only one winner. Their popularity is insane, their songs are catchy and they really do deserve a pit stop from all the insane teenagers. Plus is it weird to say that I am not missing a certain band member at all:

My winner is:One Direction, lol sorry peeps but I am secret (now not secret) Directioner. I adore them. I have chosen to let you listen to History. Its one of my absolute favourites of theirs and upsettingly their last 😦 Ps – lol hello me top comment hahahaha.

This is one of the toughest choices I believe as they are all credible in getting the award. From the giant that is Adele’s Hello, to the dance hit of Calvin, the huge hit of Ed & Rudimental, the sensual Ellie, to the crowd pleasing James. Then how about the anthem of Jess’ Hold my Hand, the incredible 2nd nomination for Little Mix’s Black Magic, the duo double trouble of Olly and Demi, the get your dancing shoes on Wish you were mine and finally the unstoppable Years and Years. It is really hard to chose.

To the first time that I heard that very small clip in the adverts of XFactor, I have loved this song, I have loved the meaning behind the lyrics and I have loved to see Adele back in the spotlight. So many covers have been made and it’s been brilliant to see. Well done Adele and ……. hello.

Mastercard British Album of the Year

I love Adele as you have already seen, I really like a lot of Coldplay’s songs, Florence is just one of the ultimate powerhouses of singers in the Britain, James Bay’s album I have listened to on repeat for many hours and really sorry but I haven’t heard Jamie XX’s album… yet 🙂

Without a doubt Adele’s 25. There is not one song on the album that I do not love. The lyrics mean a lot to me, and make me cry, smile and reminisce about so many situations in my life. Unlike 21, there are a lot of uplifting songs on 25, and some of the songs go back to the route of 19. It’s an amazing album, an easy listening record that you can get your hairbrush out and sing along to. I have attached in the image below “Send my Love to your new lover”, as I thought it was apt in my life right now.

To be fair with you, I only know of three of those acts and two of them I could tell you their songs… lol. Drake – Hot Line Bling, yep we have seen all of the gifs, memes and other versions which are just brilliant. Justin Bieber, who would have thought that he would have so much popularity in 2015 from people who hated him in 2014. The Weeknd (get the spelling right), what a tune is “Can’t feel my face”. So cool, swarve and just brilliant.

I seriously never thought I would say this, but I am a Belieber. I downloaded his album the other night and I just love the songs that he is bringing out at the moment. He has gone from meltdown to haaaaawt. He can still come across though as a right d**k sometimes in interviews. PS is he going all Sia, getting dancers in his videos and not him – here’s Love yourself:

Slightly confused as to why Taylor Swift hasn’t been nominated here, but maybe she was more prominent in 2014 than 2015

I dunno. Hmmm this is a tough one this category, as I really couldnt care less who wins this award… lol

I guess out of the category nominations I would have to chose Ariana. I don’t believe that it is a strong category. Her vocals are insane, I don’t particularly like how she comes across in interviews but her songs are wicked. Here’s One Last Time:

Out of the 5 that are nominated I have heard of two, and unfortunately one of those I only happen to know because of an awful event in Paris last year. I only really know of U2’s music, but I couldn’t really tell you as what they have brought out. Again there are many other deserving bands that could have been nominated in this category.

I guess U2? I honestly can’t tell you any songs that they have brought out this year, so I thought I would share with you – With or Without You:

There you have it, there are my predictions. I am sure that they are way off the mark and I am sure that you may agree or disagree, but hey let’s agree to disagree shall we?

What I talk about

Or, have a search for a topic I may have talked about